Exercises to Enhance your Quality of Life

Great article from ACE Fit.  Read through and see how your program and training can be adjusted to enhance your quality of life.

7 Exercises to Enhance Your Quality of Life

Most people understand that regular exercise can help improve both the way you look and your overall health. But did you know that exercise can vastly improve the quality of your life by giving you the strength and confidence to do what you want to do when you want to do it?

The right exercises can give you the skill, coordination and strength to help you move more efficiently, which can greatly reduce a number of soft-tissue injuries related to poor movement quality. Plus, exercises that involve a number of muscles at the same time burn more energy during the work out. Finally, the right exercise selection can increase your lean muscle mass, which can improve your metabolism, helping you to burn more calories while at rest. The following list of exercises not only provide aesthetic benefits, but can greatly improve your overall strength and movement skill, which will go a long way toward improving your quality of life. When learning the hip hinge, keep your knees slightly bent, your spine straight and push your hips toward the wall behind you. To return to standing, push your hips forward while pulling your knees back. Start with two sets of eight and gradually increase to three sets of 15 before adding weight.

Did you know there are a number of layers of muscle fascia wrapped around your midsection? These muscles do not work in isolation, but rather in an integrated fashion to maintain stability between the spine, pelvis and rib cage. The high plank and push-up exercises train the layers of abdominal muscle to work together to create stability; as these muscles become stronger they can also create the appearance of a flatter stomach.

The secret to a successful high plank or push-up is to brace your stomach muscles like someone is going to punch you in your tummy, squeeze your glutes and thighs together and push your toes into the ground. These actions will help create stability from the hips up to the shoulders. The primary difference between the high plank and push-up is that the latter involves lowering the body to the floor and raising it back up, while the former focuses on maintaining a stable position. Start with a high plank; once you can hold it for 45 to 60 seconds, progress to doing push-ups. Work up to doing three sets of as many push-ups as possible, resting approximately 60 seconds between each set. Having the strength and ability to lift your own body weight is incredibly empowering. The chin-up is the epitome of a bodyweight exercise that provides numerous benefits. A chin-up requires gripping the bar with a palms-up grip, while a pull-up uses a palms-down grip. The primary difference between the two grip styles is the amount of stress placed on the elbow joint and the involvement of the biceps muscles of the upper arm. The pull-up uses more forearm muscles, while the chin-up involves more of the biceps. Start with modified chin-ups on a bar and work toward performing assisted chin-ups with a band before progressing to full, bodyweight chin-ups. This exercise will help develop a firm grip, toned arms and shoulders, and a strong, lean, sculpted back. Start with two sets of as many as possible, rest for 45 to 60 seconds and gradually add more reps and work up to four sets. Jumping involves taking off and landing with both feet simultaneously (hopping is taking off and landing on the same foot, while bounding is taking off with the right foot and landing with the left). Jumping requires explosive power, which is produced by type II motor units and muscle fibers. Over the course of the aging process, if type II muscle fibers are not used regularly they can atrophy and lose the ability to produce explosive power when required. One benefit of training the type II muscle fibers is improved power; a second benefit is enhanced muscle tone because the type II fibers are the ones responsible for definition.

Start by learning how to land: Roll up on your toes, then roll your feet down to the heels. When your heels hit the ground push your weight back into your hips—this will train you how to land properly. Start with two sets of four or five squat jumps in place and build up to box jumps (jumping up to a specially built platform or box), performing sets of six to eight jumps; rest 45 to 60 seconds between each set. Whether its pets, children, laundry, gardening equipment, or suitcases, having the ability to pick objects up off of the ground can significantly improve your quality of life. It is especially critical for maintaining functional independence throughout the later years of the aging process. The ability to lift objects off of the floor requires hip mobility with spinal stability and grip strength.

The squat and deadlift use the same movement pattern, which is a progression from the hip hinge. The difference between the two is that to do the former you carry the weight on your body and for the latter you pick up a weight off of the floor. Once you learn how to do a hip hinge, practice squatting by pushing your hips back before bending your knees to lower to the floor. Start by deadlifting a dumbbell placed vertically on the floor. Stand with the dumbbell between your legs, sink down and pick it up by the top; progress to heavier dumbbells and then a barbell. Begin with sets of six to eight repetitions, resting for 30 to 60 seconds between sets (the heavier the weight, the longer the rest period). How many times have you ever struggled with putting a bag in the overhead bin of an airplane or with moving an object off of a high shelf? Having the ability to lift objects overhead requires stability of the shoulder blades, mobility of the shoulder joint, and a solid foundation established by the core and hips. The hips and shoulders are designed to work together during walking and running. The cyclic action of the gait cycle involves the right arm and left leg moving into flexion, while the left arm and right leg move into extension. Sitting down to train the shoulders makes about as much sense as riding a bike to strengthen your arms. Standing shoulder presses involve all of the muscles of the lower body and core to create stability, while the shoulders develop the strength to lift objects overhead.

A key to developing an effective overhead press is keeping the elbows toward the front of the body (NOT out to the sides as is commonly demonstrated). The shoulder is a ball-and-socket joint—if not properly aligned during an overhead press it could create impingement. To do a proper overhead press, hold your elbows in front of your body; as your raise your arms overhead think about sliding your shoulder blades down toward your lower back. This will help the “socket” of the shoulder blade hold the “ball” of the humerus during the motion, creating more stability. Start with two sets of eight to 10 reps and gradually increase the weight; rest for 45 to 60 seconds between sets. The Turkish get-up (TGU), which combines a number of foundational patterns of movement into one pattern, involves transitioning from a position of lying on the ground to one of standing upright on both feet while holding a mass in an extended arm. One cool benefit of the TGU is that if you only have a limited amount of time for a workout, it’s one of the few exercises that uses all of the muscles in your body simultaneously, making it effective for both strengthening and calorie burning.

The TGU is a tough exercise to learn, so rather than describe it I’ll link to movement specialist Gray Cook’sexplanation. Start by holding your water bottle or other light weight. Once you learn the movement patterns, you can work up to sets of five to six repetitions on each side. 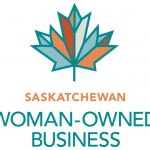 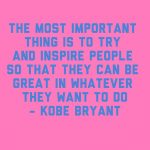 Inspiration! (3/24/2021) - Inspiration is defined as "the process of being mentally stimulated to do or feel something, especially to do something creative." This is often a… ...
END_OF_DOCUMENT_TOKEN_TO_BE_REPLACED 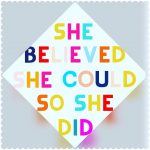 Why Personal Training; by Jaime Otitoju (3/17/2021) - Why Personal Training?  I have recently been thinking about the changes within the fitness industry over the last two decades and how it relates… ...
END_OF_DOCUMENT_TOKEN_TO_BE_REPLACED
read our blog posts